Why Debt Settlement Takes So Long

The Creditors Have to Be Willing to Settle

Debt settlement is a negotiation. For a negotiation to be successful, both parties have to be willing to negotiate. When all your monthly payments have been on time, your creditors probably aren’t interested in settling your accounts. They don’t have any reason to believe you won’t make your next monthly payment on time. However, when your accounts fall behind by several months, creditors are often willing to take a settlement offer instead of possibly having to take a total loss on your account.

You Need Enough Money to Settle

Many creditors will typically settle accounts for around END_OF_DOCUMENT_TOKEN_TO_BE_REPLACED

Where Are My Debt Settlement Payments Going? 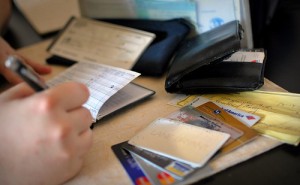 After you’ve been enrolled in a debt settlement program for a few months, you might check your credit card statements to see if your credit card company has received any payments on your behalf. If you’ve never done this before, you were probably shocked to see that most likely no payments had been made and not only were you months past due, your balance probably went up because of all the fees and interest. Don’t worry, it’s all part of the usual debt settlement process. This is typically necessary for successful debt settlement negotiations.

Most likely, the debt settlement firm has been receiving your monthly payments and putting them END_OF_DOCUMENT_TOKEN_TO_BE_REPLACED

If you’re haunted by an overwhelming amount of debt that you can barely pay, you’ve probably considered bankruptcy. However, many people shy away from bankruptcy because it can be a lengthy process that stays on your credit report for at least 7 years and can follow you for life (since most major loan applications ask if you’ve ever filed bankruptcy). For many people, debt settlement emerges as an appealing alternative to bankruptcy.

Debt settlement is a process through which you and a creditor negotiate a payment that’s less than the original amount owed. The creditor agrees to accept this lower payment as full satisfaction for the debt.

Why would a creditor agree to a debt settlement? A creditor who’s being paid on time every month has little incentive to accept a settlement offer. You’re likely to continue making timely payments to preserve your credit score. However, on the other end of the spectrum, if you’ve fallen severely behind on your payments, the creditor would get much less from the debt, or nothing if you simply decided not to pay or filed bankruptcy.

Once you’ve reached a settlement with the creditor, you make END_OF_DOCUMENT_TOKEN_TO_BE_REPLACED

Before Sending Payment, Get an Official Debt Settlement Offer Letter

What Your Settlement Letter Should Include

5 Things You Should Know About Debt Settlement

Even if you settle debts on your own, there are certain drawbacks that you should know about before you go into the process. These drawbacks don’t necessarily have to change your mind about settlement, but it’s better that you aren’t surprised by what may come.

Debt settlement is just a negotiation process. While many creditors and debt collectors do settle debts for less than what you owe, not all of your creditors will agree to settlement. Settlement is more likely when you’re far behind on your debts or when they’re outside the applicable statute of limitations. But, other debts you may have to pay in full.

When you settle your debts, it doesn’t remove END_OF_DOCUMENT_TOKEN_TO_BE_REPLACED

Do It Yourself: Settling Debts With Debt Collectors

By the time a debt goes to a debt collector, it’s usually become so delinquent that the original creditor has given up hope of collecting it. This is often the best opportunity to settle a debt.

The Economics of Buying Debt

Debt collectors often purchase debts from creditors, lenders, and other businesses for a fraction of the debt amount. For example, if you had a debt of $1,000, chances are the debt collector purchased it for something like $10 to $100. The older the debt is, the less money the debt collector has likely paid for it.

Even though debt collectors have purchased the debt for less, they’re still allowed to collect the face value of the debt. However, since they’ve bought it for less, they will often accept payment that’s less than the face value of the debt because anything more than what they’ve paid is profit. For example, if the debt collector paid $100 for your $1,000, you may be able to settle it for $200 to $400. That’s still considerably less than the original $1,000. You pay less, the collector gets a profit and everyone is happy.

Now, you can understand why many debt settlement companies promise END_OF_DOCUMENT_TOKEN_TO_BE_REPLACED

The Truth About Debt Settlement and Your Credit Score

Your credit score is based on five key types of information:

When you settle a debt, it affects the part of your credit score that considers timely debt payments.

Two Effects on Your Credit Score

In the debt settlement process, your credit score will take END_OF_DOCUMENT_TOKEN_TO_BE_REPLACED 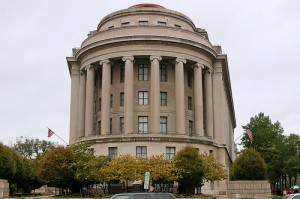 Interstate telemarketers who sell debt settlement services have to disclose certain information to consumers. This includes:

How to Know if Debt Settlement Is Right

There are many options for dealing with your debt and none of these options will likely fit every single scenario. Debt settlement is a debt solution that lets you pay your creditors a percentage of the total balance. When the creditor agrees to this settlement deal and you make payment, the balance is satisfied, you no longer owe any money to such creditor. It sounds easy – pay less than what you owe and call it a day. But, there’s more to it than that.

You can’t afford to pay off your debts.

If your current monthly debt payments are too high for you to pay and you don’t see an end to the financial problem, consider debt settlement. On the other hand, if you’re making your minimum payments just fine and you can actually afford to pay a little extra, then you may want to consider snowballing your debt. That’s when you make an extra lump-sum payment to one of your debts every month until it’s repaid.

You can’t get a debt consolidation loan.

To get a debt consolidation loan large enough to pay off your debt, you typically either need to END_OF_DOCUMENT_TOKEN_TO_BE_REPLACED